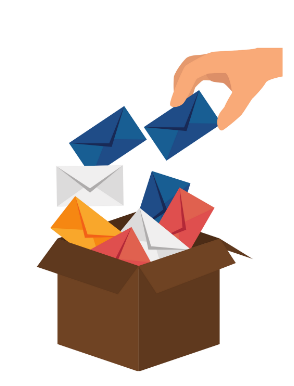 Print out the set of questions to help identify leadership behaviour

Note: Choose a bigger area/room to play the game, as the participants need their space while avoiding the objects. Think about a Gym hall, cafeteria, hallway, some place to make sure there is enough space for all.

Learners work in groups to come up with real-life application of leadership principles. The groups take multiple rounds to build upon the ideas of each other, and in the end, evaluate the best ideas to identify the most useful behaviours.

Prepare five leadership-principle envelopes. Write a leadership principle on the front of each envelope.

Prepare the response cards: four index cards for each team, a timer and a whistler for the whole class.

Review the five leadership principles. Explain to participants that the activity requires them to translate these principles into everyday on-the-job behaviours. This could also include behaviour you see in your teachers job, or in a sports context. You can give an example if needed, especially when students have little work experience.

Possible leadership principles to be written on the envelope:

Give one leadership-principle envelope and four index cards to each team.

Conduct the first round. Ask team members to discuss the leadership principle on the envelope they received, and to identify how this principle can be applied to on-the-job decisions and behaviours.

Tell team members to write short sentences describing these application examples on an index card. Announce a time limit of 3 minutes and encourage the teams to work rapidly.

After 3 minutes, blow the whistle to announce the end of the first round. Ask each team to place its response card (the index card with its application examples) inside the envelope and pass the envelope, unsealed, to the next team. Instruct the teams not to open the envelope they receive.

After 3 minutes, blow the whistle and ask teams to place the response card inside the envelope and pass it to the next team. Conduct two more rounds of the game using the same procedure.

Evaluation round: Start the fifth round just as you did the previous rounds. However, tell teams that they do not have to write any more application examples. Instead, teams must evaluate the four response cards inside the envelope. They do this by reviewing the individual examples on each response card and then comparing the overall merits of the cards with each other. Teams have 100 points to distribute among the four response cards to indicate each card’s relative merit. Announce a suitable time limit for this evaluation activity.

Present the results. At the end of the time limit, check on the teams to ensure they have completed their task and have recorded on each response card the number of points awarded. Select a team at random to present its evaluation results. Ask the team to announce the leadership principle on the envelope and read the application examples on each card, beginning with the card that received the least number of points. The team should progress from one card to the next in an ascending order of the number of points. After reading all four cards, the team should announce how it distributed the 100 points and briefly explain the criteria used for distributing the points.

Determining the Winner: Instruct teams to place all the response cards on a table at the front of the room; then call for each team to collect its cards. Ask teams to add up the points on their cards to determine their total score. Invite the members of each team to announce their total scores. Identify and congratulate the team with the highest score.

Conduct a debriefing discussion to add value to the activity. Here are some suggested questions: